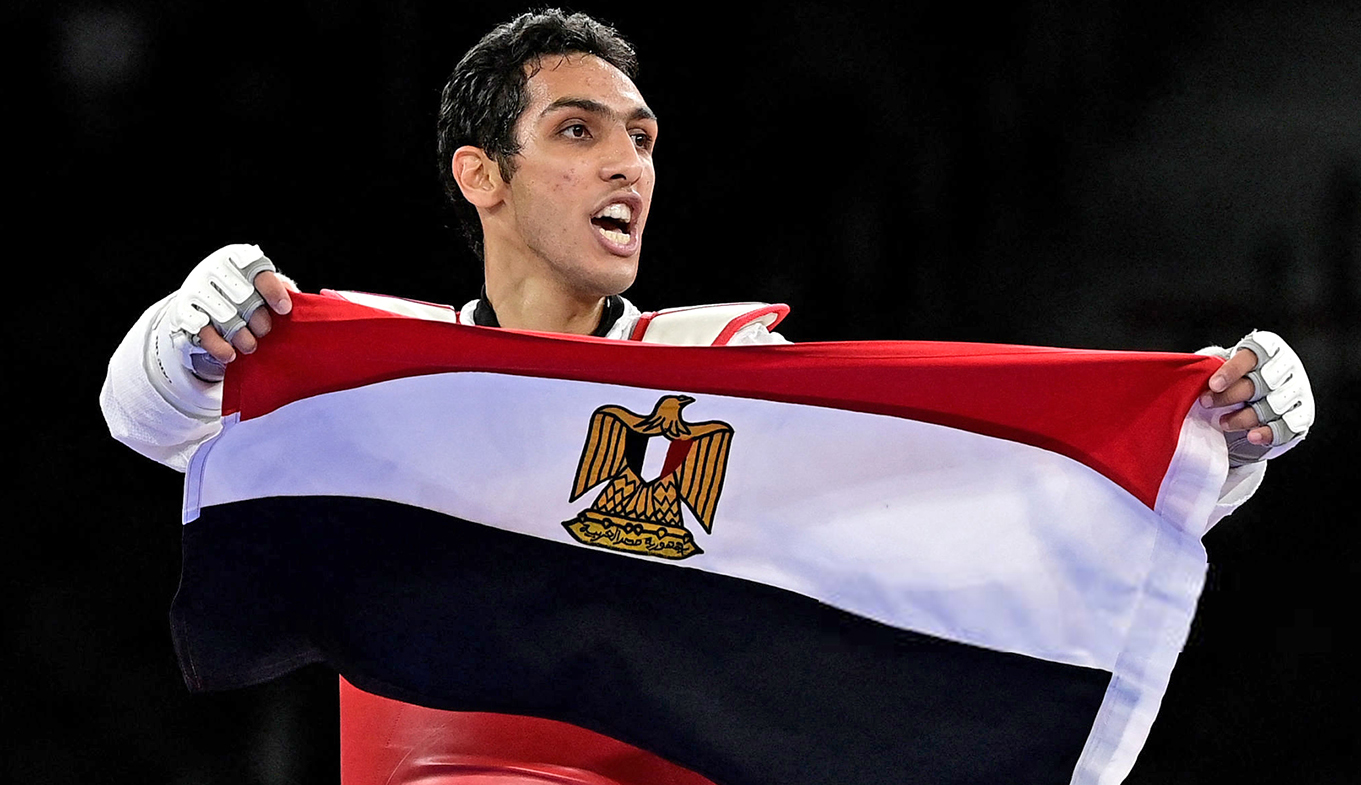 Seif Eissa, Taekwondo bronze medalist has been in high spirits since returning back home victorious from the 2020 Tokyo Olympic Games.

The 20-year-old champion has been celebrating his second Olympic medal. His first was also a bronze medal but was achieved at the 2014 Youth Olympic Games. Since then, everyone within the taekwondo family knew he would be a winner in Tokyo.

For Eissa, the coronavirus has negatively affected the preparations for the Olympic Games, “not only me, but all athletes around the world suffered,” he mentioned. “This deathly virus has prevented athletes from training and traveling abroad to play in international championships before the Games because the world had shut down and sports were suspended and tournaments got canceled. We had to train at home and it was worse. At that time, I had no problem mentally and physically, but needed to develop the technical side.”

Every athlete has a crucial moment or situation during the Games and Eissa was no different. “Mine was during the game that would qualify me to the semi-final and give me the chance to win a medal. It was a critical moment, mentally more than physically, thankfully, I made it and claimed the bronze.”

Eissa believes that any Olympic champion needs a professional team that is able to nurture the athlete technically, physically, and mentally; especially in major events. Every athlete needs financial support in order to participate abroad and attend training camps, to take care of his nutrition, supplements, recovery, and many other factors that would lead him to build an Olympic champion. 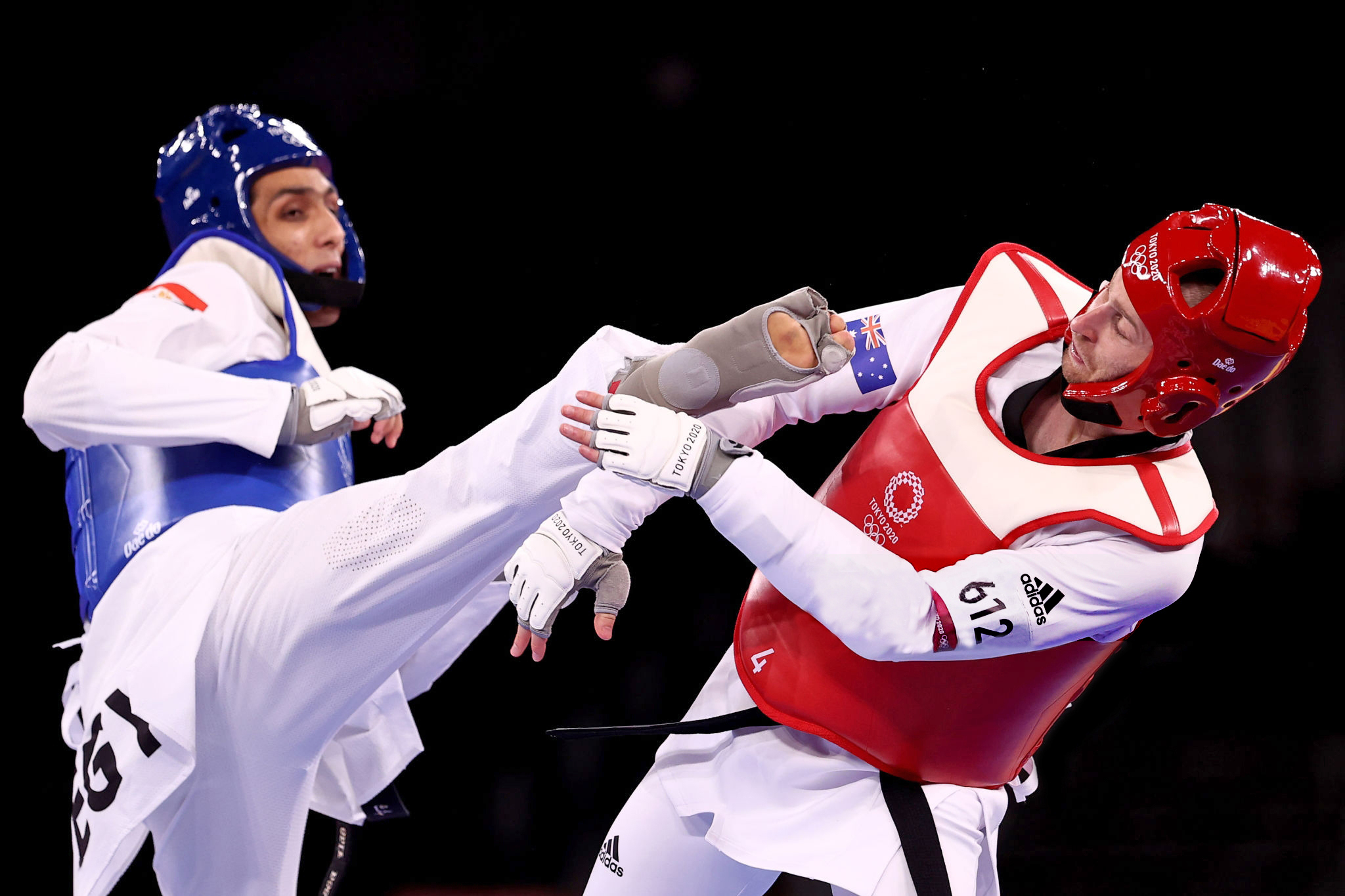 Eissa made his first call after his remarkable win to his family. “I called my parents, brother, and fiancé first. Then, my phone didn’t stop ringing, and I was showered with messages from my friends. So, first, I called my family before anyone else because I knew if I didn’t do it first, I won’t be able to later”.

The taekwondo prodigy is probably the luckiest among his teammates as it was not his first time to be honored by the president, but it was his fifth time!

“This is the fifth time to be honored by the president which proves how big are my achievements, because when your country honors and appreciates you for your accomplishments, you then realize the importance of what you have attained, and this makes you eager to do it again and again, to earn the same recognition again all over again,” he mentioned.

Eissa’s family has always been so supportive in his journey towards success. “My mother believed in me since my early days. And my brother was also a national team athlete, so he understood taekwondo more than anyone else. They had faith in me and believed I would win this medal. Without the family support, you can’t survive as it affects you, you become in the best form and shape,” he said. And it seems that his ambition is unstoppable, Eissa is getting ready to Paris 2024. “I plan to play in Paris and win a medal but hopefully in another color, a gold this time, but to do that I need financial support. When you have the resources needed while preparing for an Olympic medal, it leads you to strive to be in the best possible position; as you travel, get the best coaches and doctors… etc. so, the chances of winning a medal grows.”

He appreciates how the Egyptian media dealt with the athletes and highlighted their achievements, as well as being keen on reporting all events. “The media is influential. Before the Olympics, there was a pessimist vibe regarding us winning medals. Social media was harsh sometimes, to the extent that they started to guess the names of the athletes who would fail. I was included in this list. I used to read this but I knew they don’t know anything about me, I actually felt these negative remarks had a positive impact on me. The media still focuses on football, maybe now because we are winners, they are celebrating us, but a few days later, they will go back to support football again. The media needs to support individual sports by reporting them, as those sports would attract sponsors.”

Eissa hopes that young athletes would learn to go after their dreams. “They can fall down but they have to stand up, be patient, and have faith in God and themselves,” the bronze medalist concluded.