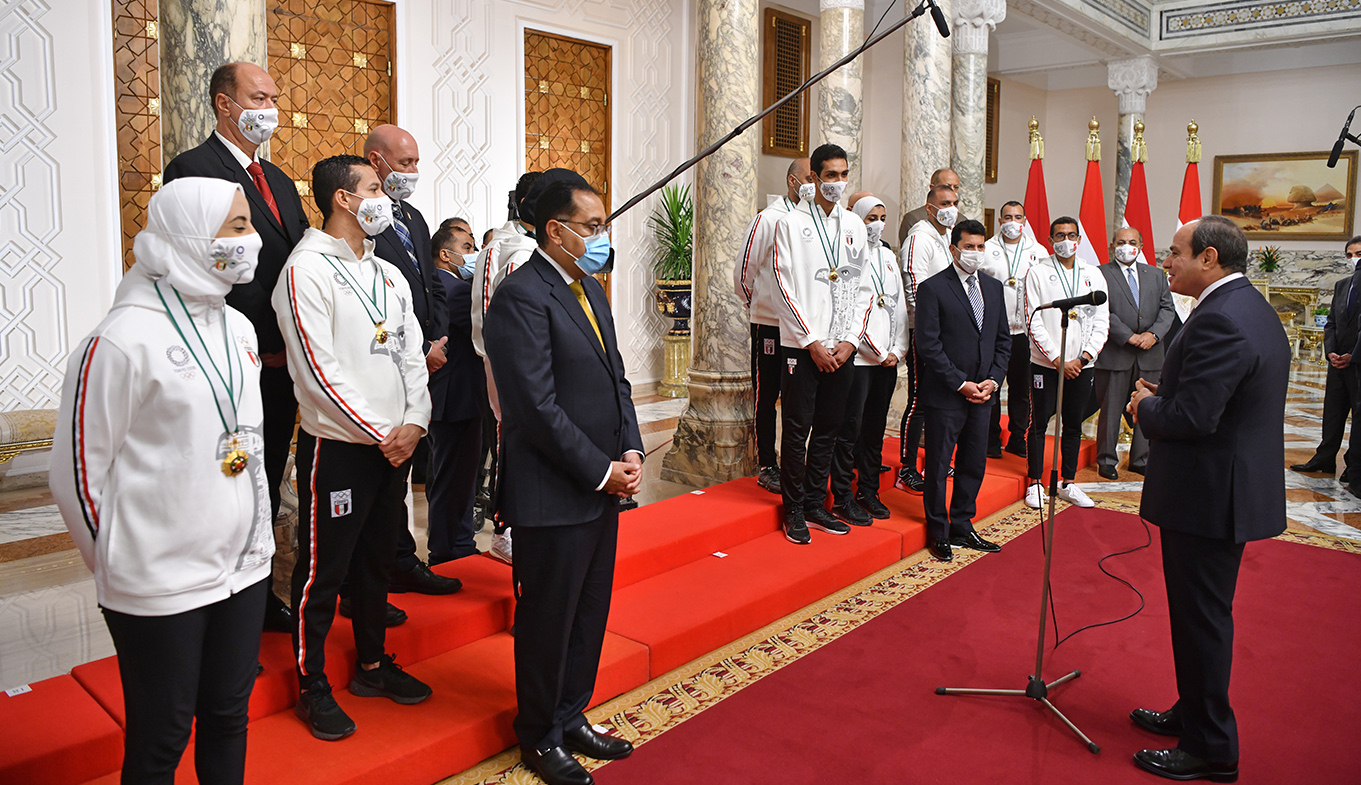 His Excellency, The Egyptian President, Abdel-Fattah El-Sisi has honored the six Egyptian athletes who won medals at Tokyo Olympics.

Egypt won six medals in three different sports at the Tokyo 2020 Olympics. This year is the country’s largest number of medals in the history of the Olympic Games, winning: one gold, one silver and four bronze medals.

The Egyptian heroes and their coaches have received their honors from the President at the Presidential Palace Al-Ittihadiya in Cairo. According to the presidential spokesperson Bassam Rady, Al-Sisi praised the achievements made by the Egyptian delegation in the Olympics through winning medals and contributing to enhancing Egypt’s position in the international sports arena. 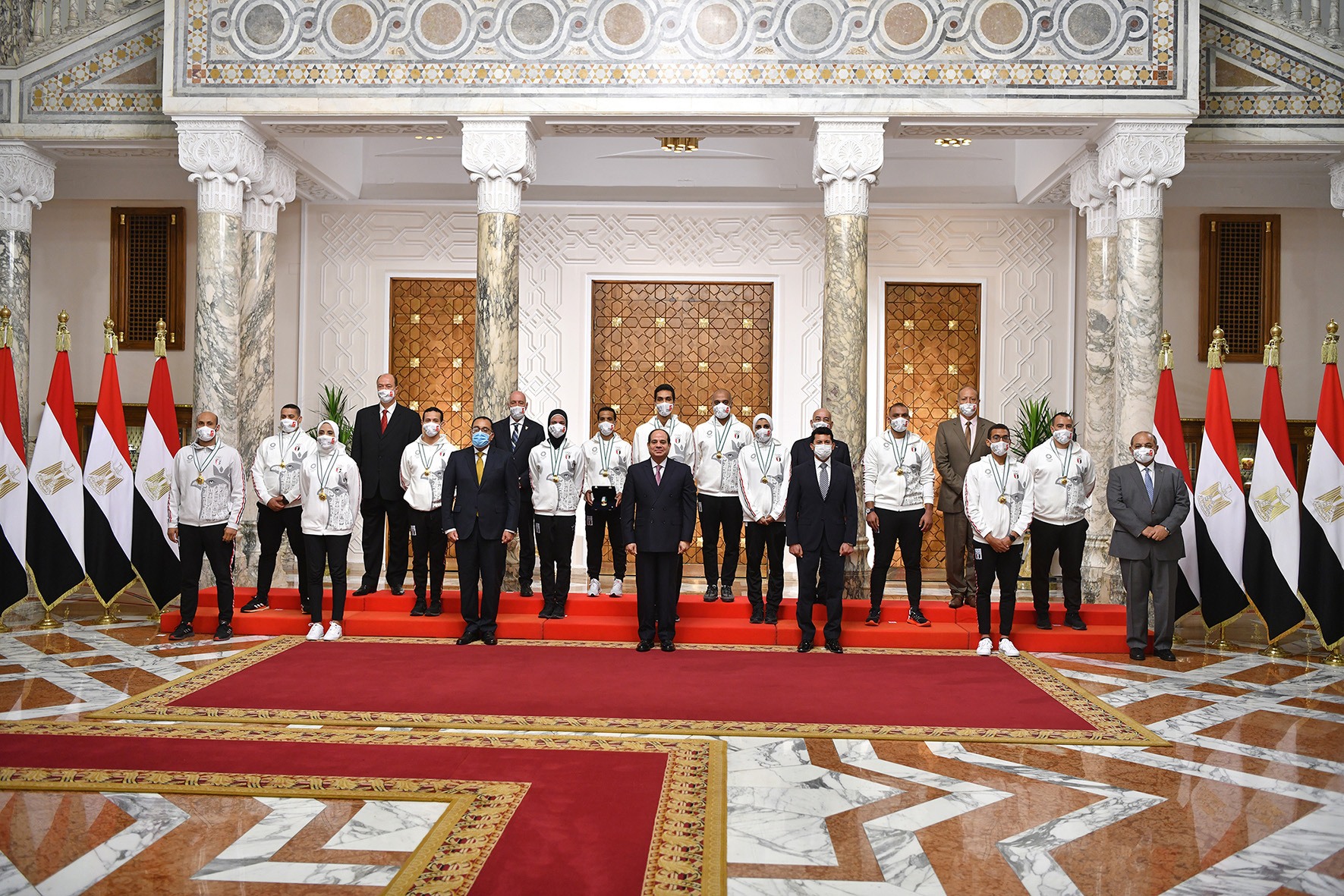 “[The president] affirmed his appreciation of Egypt’s athletic heroes, as they represent a role model for Egyptian youths in excellence, strong determination, and in exerting efforts to reach a goal,” Rady said.

El-Sisi awarded the first-class order of sports to our karate champion, Feryal Ashraf, and her coach Hany Shaker Eshta. The 22-year-old champion, Feryal won the gold medal in the Kumite +61kg to become the first Egyptian woman to win gold in the history of Egypt at the Olympic Games. 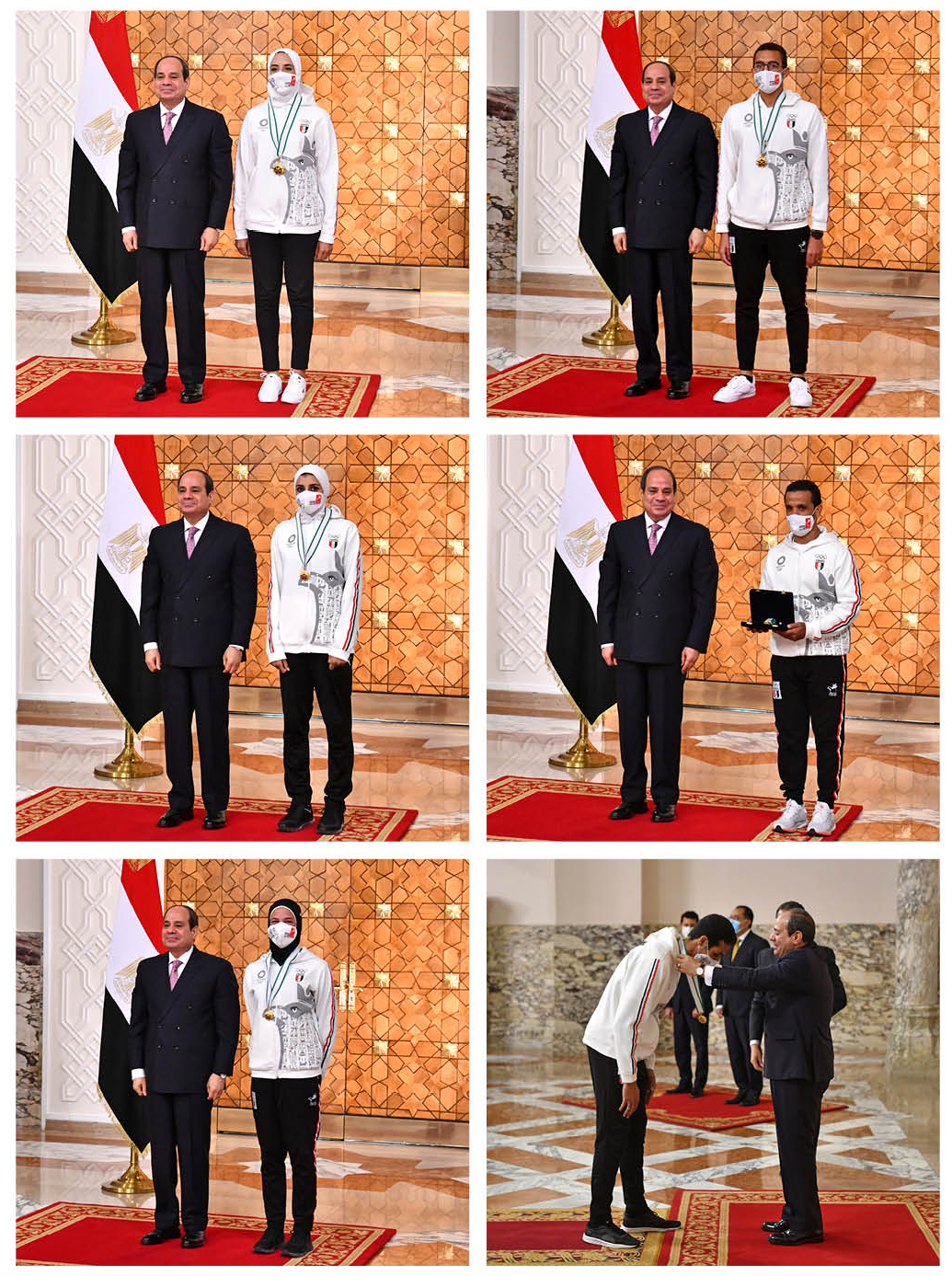 President El-Sisi called for providing Egyptian athletes of different age groups and in various sports with all the necessary facilities required for their training. In addition to providing them with all the needed support to ensure that they continue accomplishing further athletic achievements— revealing the importance to start preparing from now for the upcoming Olympics in Paris 2024.

President El-Sisi has also declared that some bridges, main roads, and axes are to be named after Feryal Ashraf and fellow Olympic champions in appreciation for their athletic achievements at the Tokyo Olympics.

Following the unprecedented achievement of Feryal, the President posted on his official Facebook account the following: “I am proud of my daughter … and of every Egyptian who raises Egypt's name high in international forums.”