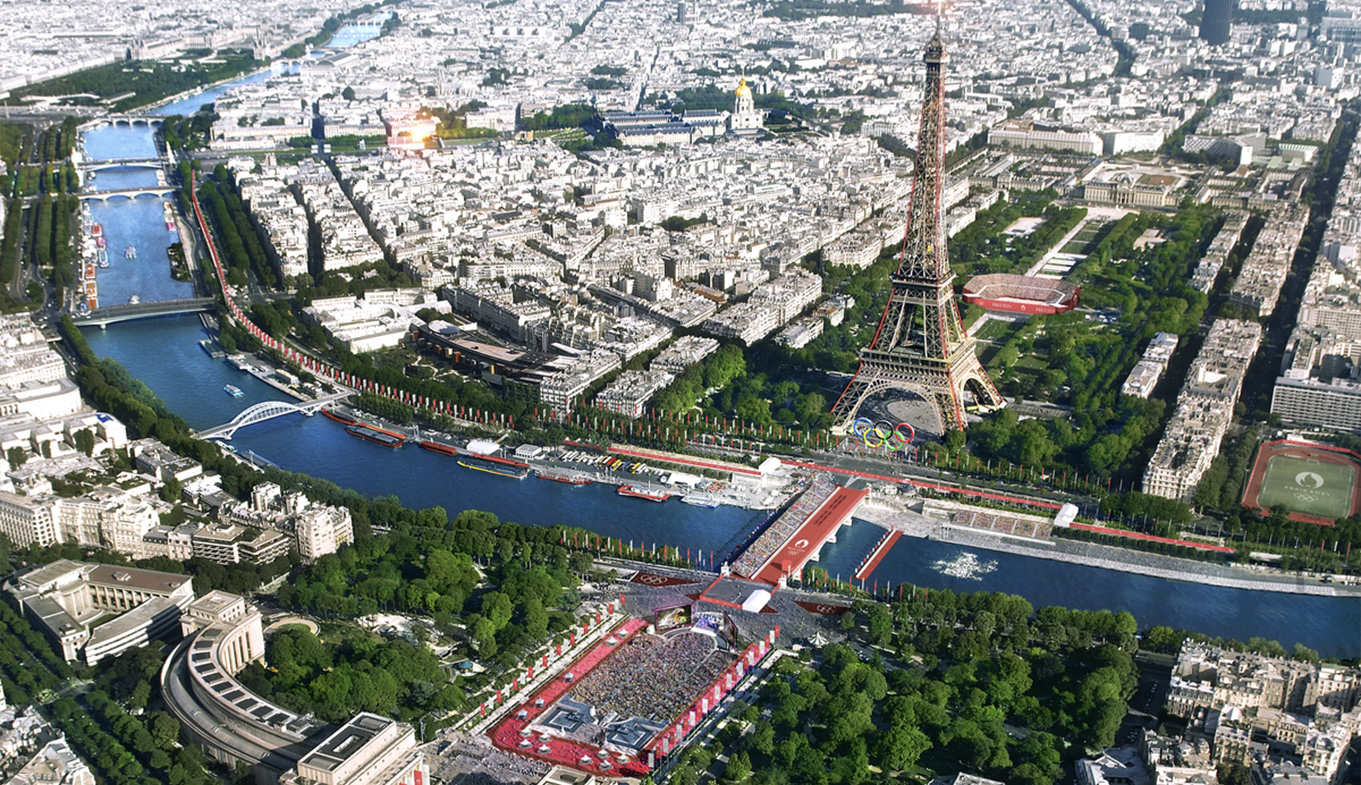 In the context of the Olympic Games, a venue is any major Games site that hosts competition or other primary Games events and activities.

In April 2022, the International Olympic Committee published a detailed report that was commissioned on all Olympic venues dating back to 1896. The report included all competition venues that have hosted an Olympic Games medal event, the Opening/Closing Ceremony venues, and the Olympic Villages.

Ninety-two percent of permanent venues were used for the Olympic Games in the 21st century, and 85 percent of all permanent Olympic venues since 1896 remain in use, creating wide-ranging benefits for residents in Olympic host cities and regions.

The report – “Over 125 years of Olympic venues: post-Games use” – is the first-ever official inventory of the post-Games use of 817 permanent and 106 temporary Olympic venues across 51 Games editions, from the Olympic Games Athens 1896 through to the Olympic Winter Games PyeongChang 2018. The accompanying Executive Summary highlights the key conclusions of the research while connecting the past with the future. It shows that, of the 817 permanent venues, some 85 percent are still in use, a proportion that rises to 92 percent for the 206 permanent venues used in the 21st century.

As part of the Olympic Agenda 2020, the IOC now requires Olympic organizers to make the most of existing and temporary venues and to build new ones only when there is a proven long-term need. New materials and technologies allow increased use of temporary facilities, thus reducing emissions from construction, for example.

Since 2015, Olympic Agenda 2020 has reshaped the IOC’s approach to upcoming editions of the Games by requiring that all projects align with the host’s long-term plans.

Upcoming editions of the Games Paris 2024 and Milano Cortina 2026 have reduced their planned construction so that new venues will account for, respectively, just 5 and 7 percent of the venues being used. And with a wealth of world-class assets at its disposal, Los Angeles will host the Olympic Games in 2028 without building a single new permanent venue.

With 95 percent of the venues, either existing or temporary, Paris 2024 has reduced new construction and allowed certain venues to be shared, which saves money and reduces environmental impact while retaining Paris 2024’s spectacular visuals and strong local character.

With 93 percent of its venues either existing or temporary, Milano Cortina 2026’s selection of venues is aligned with northern Italy’s ambition to become a world‐class hub of excellence for winter sports, while preserving the traditional character of the venue locations.

With a wealth of world-class assets at its disposal, Los Angeles can host the 2028 Olympic and Paralympic Games without building a single new permanent venue. The “radical reuse” concept also applies to the training facilities and the Athletes’ Village.

Brisbane, located in South-East Queensland, is one of Australia’s fastest‐growing regions. The new venues planned for the 2032 Games are part of a long‐term legacy that will help the region meet the demands of a rapidly growing population with a passion for the sport.

Last month and during a short visit of IOC President Thomas Bach to Cairo, Egypt revealed the country plans to bid for the 2036 Olympics and will seek to become the first African nation to stage the Games, and set to throw its hat into the ring by submitting a formal application to the International Olympic Committee (IOC). The IOC President has previously spoken of his determination to see African nations bid to host the Games as it remains the only populated continent not to have hosted an Olympics.

Senegal is set to become the first African country to stage the Youth Olympic Games when Dakar plays host in 2026. 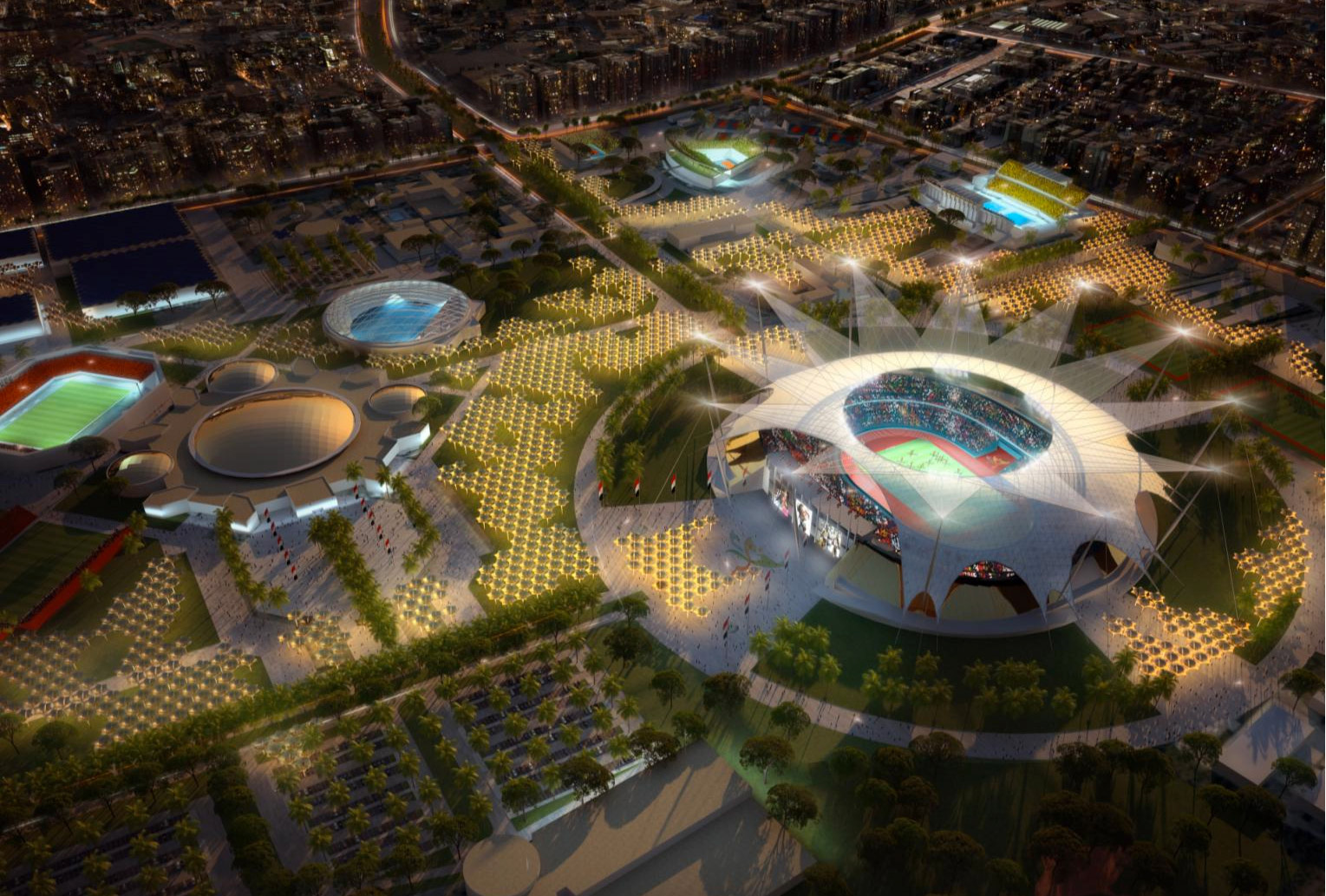 Work is currently underway to build a multi-million-dollar sports complex, called the Egypt International Olympic City, in the new administrative capital, located 45 kilometers east of Cairo. The project is expected to feature a sprawling complex that will include a 93,440-seater football stadium, which will be the second largest in Africa after Johannesburg's FNB Stadium, as well as an Olympic-sized swimming pool, two sports halls, squash and tennis courts, and other facilities. The mega sports facilities development will boost Egypt's ambition.

As well as Egypt, officials in India, Russia, Spain, Turkey, and Ukraine have all expressed an interest in bidding for the 2036 Olympic Games.

The 2036 Olympics is set to be the second edition of the Summer Games awarded under the IOC's revived process, whereby the Future Host Commission engages in targeted dialogue with selected countries.

“I urged the Egyptian Golf Federation, to lead a contest among the National Golf Course Owners, to evidence golf course design experience, compliance with both the IOC and the International Golf Federation (IGF) specifications, and to furnish proof of the qualifications necessary to develop the Olympic golf facilities and to become an international center of excellence for the sport of golf for professional and community use as a legacy to Egypt’s population; respects the environmental law in force and the local ecosystem."