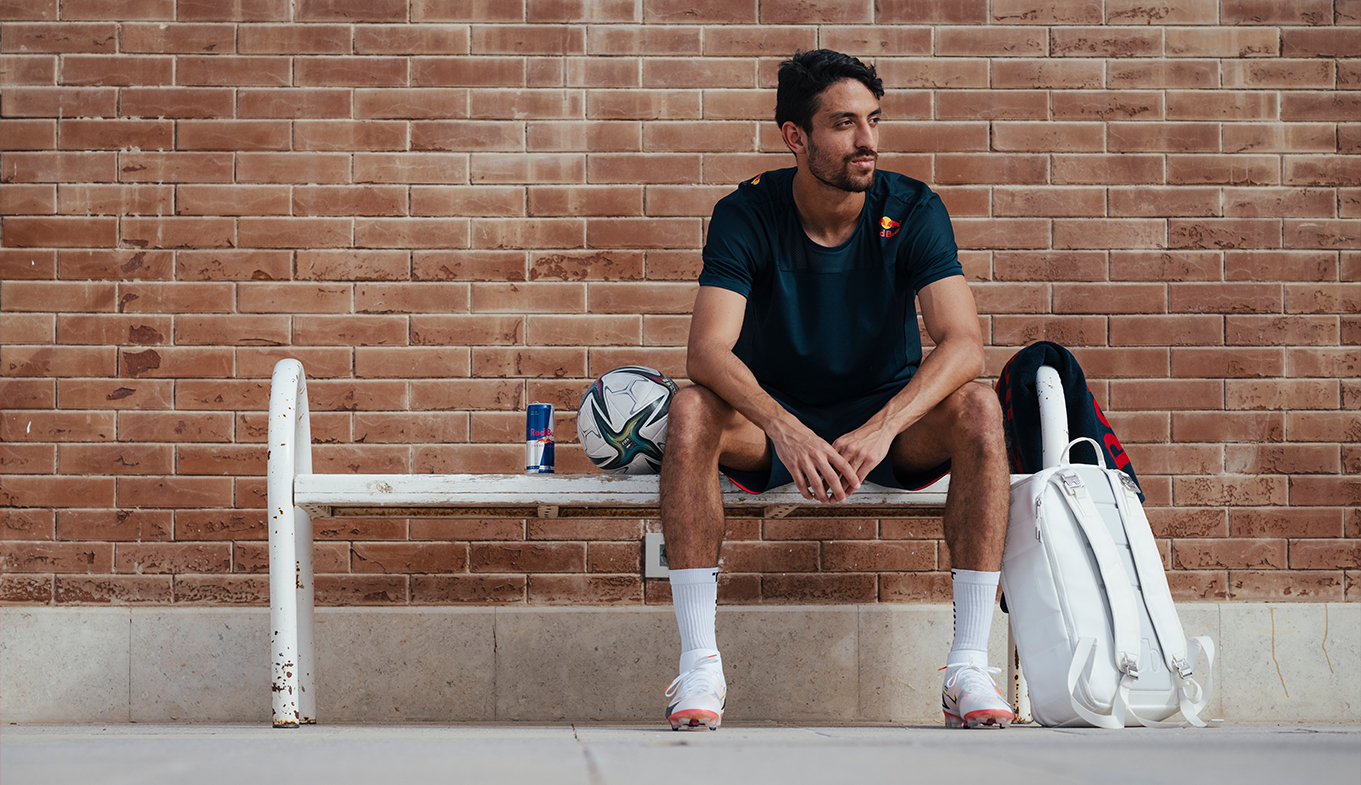 From the very beginning up until the present day, football has been a universally acknowledged sport; loved and cherished by millions. And according to several studies, football is one of the most useful, healthy, humane, and long-lasting entertainment games with a long history of development. Having said that, football’s true beauty lies in the impact it has individually and globally.

In this article, the professional footballer, Taher Mohamed Taher, a winger at Egypt’s Al-Ahly Club and the Egyptian National Team talks to us more about how he started his career and his thoughts on what makes a good footballer both on and off the field.

Taher comes from a sports-loving family, one that values mental and physical activity above everything else. Taher shares, “growing up, both my parents were very supportive. They encouraged me and my sister to actively pursue all sorts of sports. My sister undertook swimming as a professional sport and won championships, and I joined her on the swimming team for a short while, as well as equestrian, and even tennis for quite some time, and then eventually I moved onto football - a sport that my father pursued as well at a young age.” At the early age of eight, Taher first commenced his football career by joining the Arab Contractors FC, then later, he made his debut for Egypt National Football Team in 2018 in the Africa Cup of Nations qualifier against Tunisia.

Prior to joining Al Ahly Club, he spent eight years with his club Arab Contractors, scoring a total of 11 goals. He provided 9 assists throughout 86 games across all competitions he participated in. Even though a football player such as Taher Mohamed’s average energy requirement falls below those of pure endurance athletes or sports with more extensive training schedules; football nevertheless was a physically demanding sport. Footballers are required to train daily in preparation for matches and must be physically well prepared as well as receiving the right amounts of nutrition and energy in order to support their training. “Before starting my training session, I try to incorporate a mobility session along with several leg-centered workouts. And as I finish my training, I end it by doing exercises on the court or by hitting the gym and focusing on my upper body. The actual training itself always differs from day to day and on how close we are to playing our next match”. 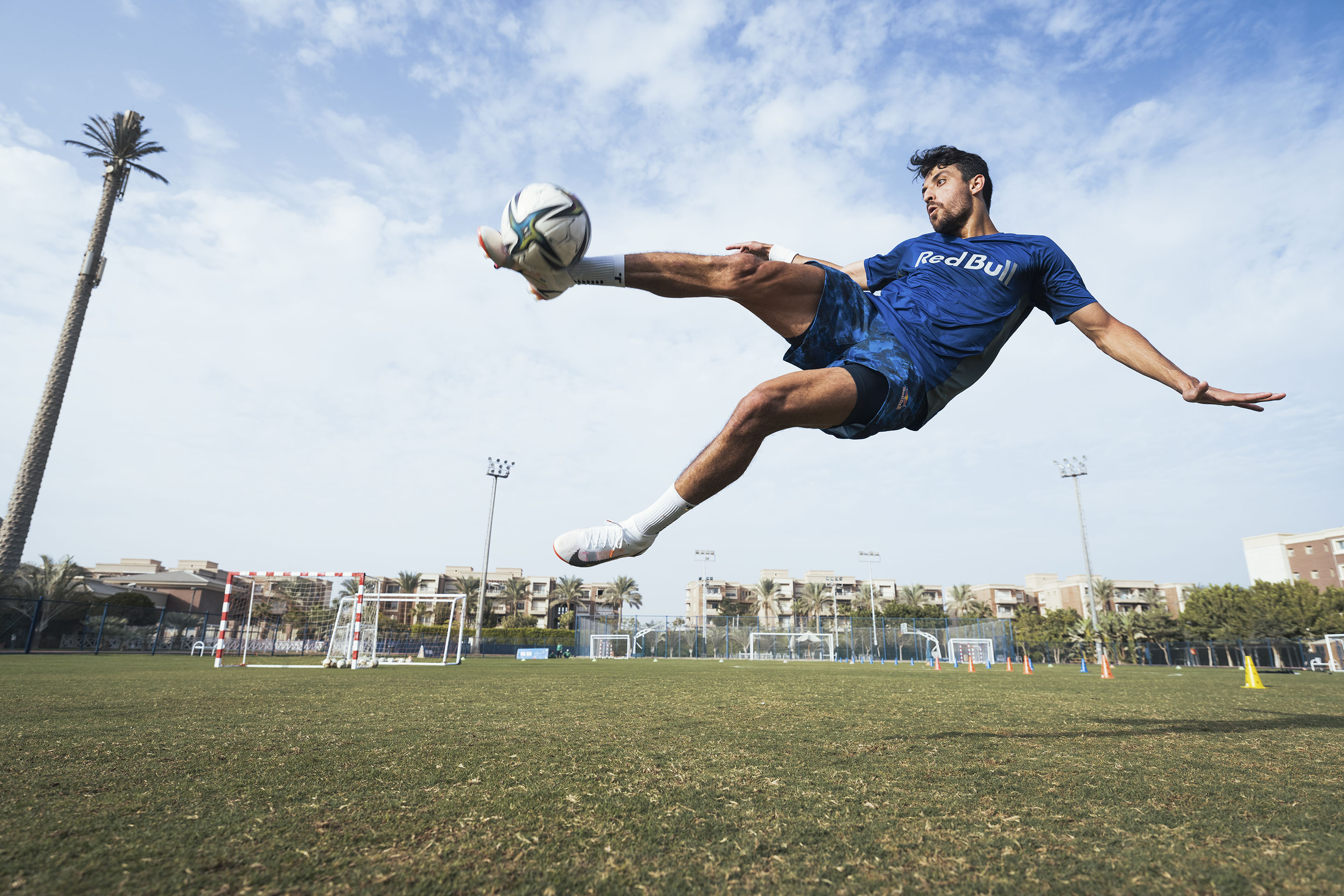 Professional footballers require a mixture of speed, strength, agility and power in order to thrive and be successful on the field, this means several hours of the day dedicated to the gym. Not to mention also such a career path often means making sacrifices when it comes to eating, this is as true for Taher Mohamed as it would be for anyone else. Although he admits to not abiding by a strict diet regimen, the footballer discloses the availability of a nutritionist in the club that caters to specific individualized nutrition plans for each player’s needs and monthly in-bodies are done to measure their rate of progression.

The rigorous sport teaches valuable lessons on teamwork that apply both on and off the field; each player contributes to the success of the team, hence understanding and trusting your teammates is quintessential. The level of coordination and collaboration has to be strong because of the number of players on a team, meaning that if ever one team member isn’t invested it will ultimately affect the entire team. “Teamwork for me has helped me a lot into becoming the person I am today; I have gotten used to working with people of different age groups at a very young age, whether younger or older. I learned to respect different cultures and to be open to different opinions and standpoints, which was a crucial part of my career upbringing - this is where a true team dynamic is created because at the end of the day football is a team sport, without the team you have no sport”. Every footballer in a team has great responsibility; they do not only invest in the success of the team as a whole, but they also form a tight-knit bond and constantly motivate each other.

As a player, one must always seek to play in the position that will best showcase their skills and talents. In Taher’s case, playing in the position of a winger, of all positions on the field, is the most taxing; having to constantly run back and forth along the by-lines and sprints for long distances before they can drive across or cut inside towards the box. Often, wingers have to beat the opposing winger or full-back and run into space, therefore being able to burst extremely fast down the flanks is an extremely valuable quality. “The life of a footballer is not harder than any other sport. They all face challenges and obstacles that they must learn and grow from. A large downside to being a professional athlete is having to travel constantly both inside and outside of Egypt, and never staying home long enough due to the many camps we have to take part in. This makes me feel homesick most of the time.”

When talking about his role models, Taher gushes about French professional footballer, Kylian Mbappé who plays in the French club Paris Saint-Germain and France’s national team, and is considered to be one of the best players in the world. Mbappé is known for his dribbling, speed, and finishing, receiving the Best Young Player and French Player of the Year awards for his performance in World Cup 2018. Taher also looks up to the former English footballer, David Beckham, who has been hailed as one of the greatest and most recognizable midfielders of his generation. Taher explains, “he is my inspiration and my motivation to never stop trying, to never give up, and to always do the best I can. Growing up, he was important to me because as a kid I looked up to Beckham as a role model; someone who I could relate to and make a personal connection with”.

For many athletes like Taher, they are subject to the scrutiny of the spotlight: winning or losing a match could make their life and career unfold publicly. So, when competitive desires transform into anger, the result almost always has an audience. The footballer confesses that the biggest weakness he sometimes experiences is succumbing to anger for losing a game. “Something that I know is a problem and that I am currently working on is my temper - and most of the time, my short temper is construed at a disadvantage. When I get angry for losing a match, I try to work on my temper in a way for it not to cloud my judgment.”

The Egyptian footballer ends the interview by giving out the best piece of advice he received from coaches throughout this career that helped shape him into the star athlete he is today. “It is imperative to enjoy playing the sport, and to let that training session or match that you wake up for everyday be the most important part of your day; so that on the last day of your professional career, when the retirement day comes around,  you look back on these years and reminisce the good old days where you gave it all every single day and enjoyed being a professional athlete.