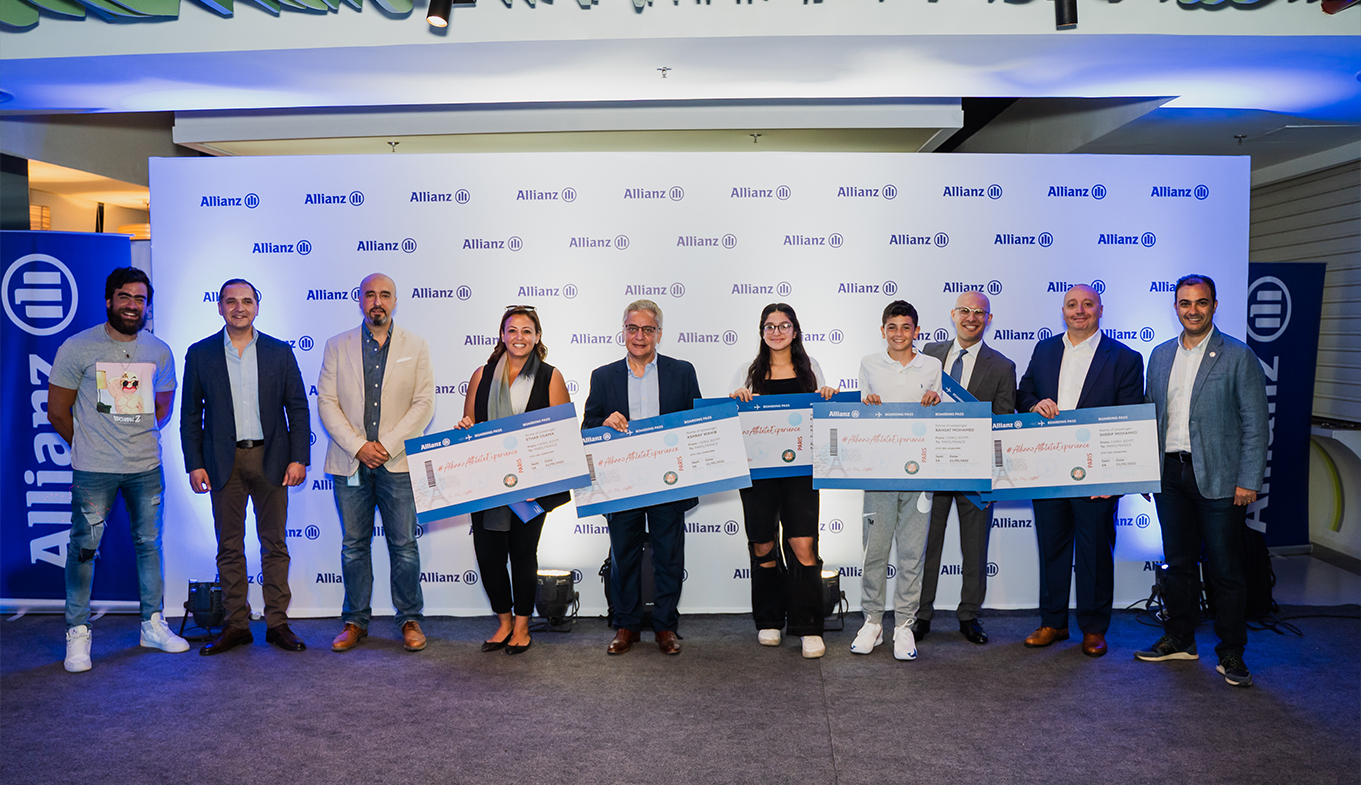 Within its Arduous Efforts towards Supporting Sports Ecosystem

As part of being one of the leading supporters of the Egyptian sports ecosystem, and as the exclusive official insurance partner of the Olympic and Paralympic movements worldwide and in Egypt, Allianz Egypt launches the one-of-a-kind initiative "Allianz Athlete Experience". The initiative comes within the Company’s 360° strategy to provide moral and emotional support for Allianz Olympic & Paralympic Champions to make them feel motivated on-ground and during their journey also to inspire sports enthusiasts and fans.

The “Allianz Athlete Experience” initiative reflects the outstanding role of Allianz Egypt to have their brand ambassadors back, helping them shine and mark more unparalleled accomplishments. That’s to say, Allianz Egypt does not only provide financial support to its ambassadors but is also keen on providing all means of support for them to create a new generation of outstanding athletes capable of raising Egypt's name high on the podiums worldwide.

The first of many upcoming rounds kicked off featuring Allianz Egypt’s Golden Girl and Brand Ambassador, Mayar Sherif, the first Egyptian female tennis player to qualify for the main draw of the Grand Slam tournament for “Roland Garros”. There were six winners from different categories, who were offered a once-in-a-lifetime experience to share and take part in Mayar’s journey and a milestone in one of the sport’s most important tournaments at Roland Garros in Paris. 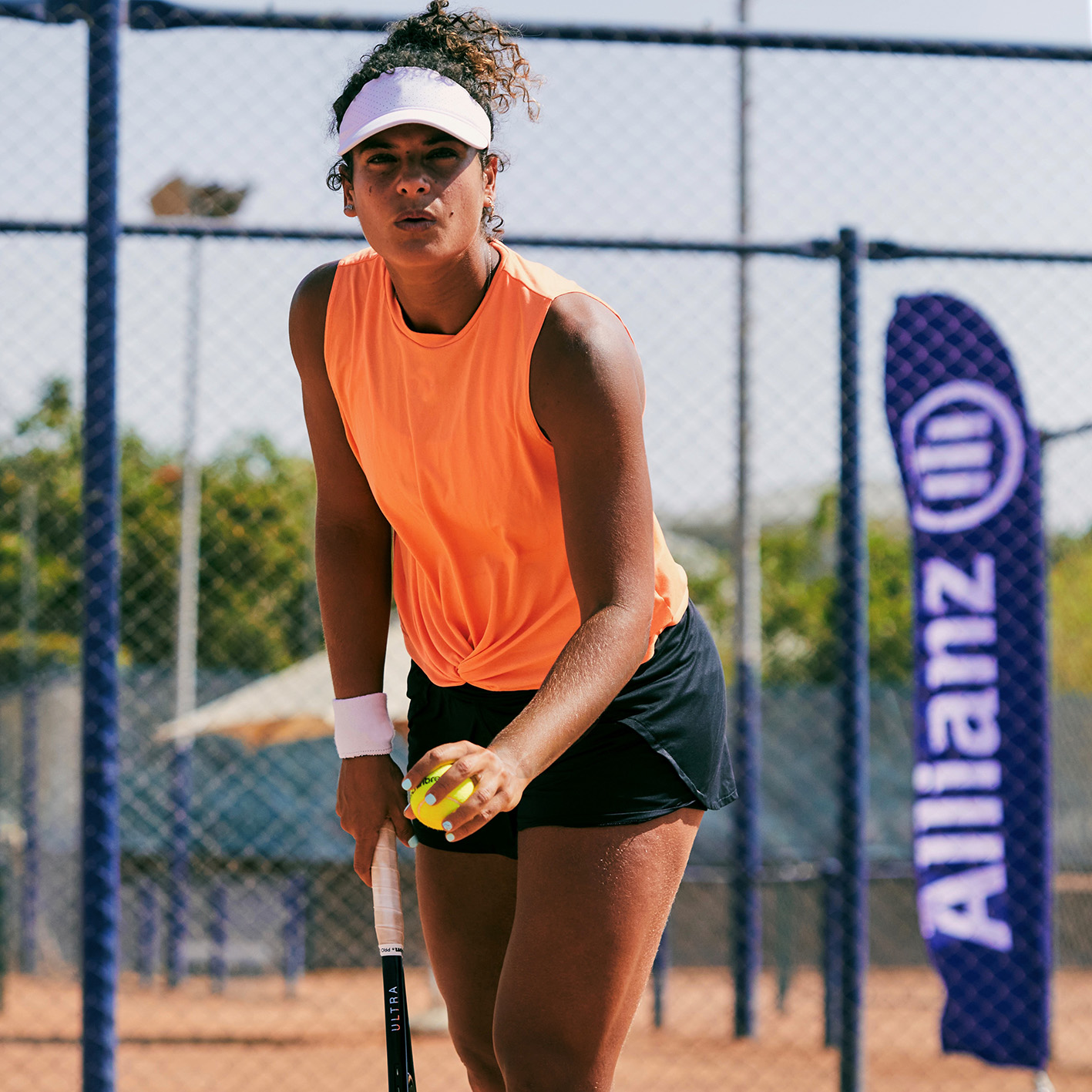 Among the first round activities, Allianz Egypt held a remarkable celebration ceremony at its Headquarters where it announced the winners, chosen across different platforms, including: social media, Allianz Egypt’s customers and partners, as well as winners from a competition held with Allianz Egypt’s esteemed partner, Winners Tennis Academy. In a glamorous atmosphere, the event was held in the presence of Allianz Egypt Chairman and Board of Management with their notable guests: Islam El Shafei, President of the Egyptian Tennis Federation, competition winners, and their sports partners: Winners Tennis Academy, Connection Sports, Allianz Egypt’s ambassadors from the Olympic and Paralympic Champions, in addition to Ignite Egypt and Padel Pod. The winners enjoyed an unmatched all-inclusive experience featuring a gold Grand Slam ticket, exclusive meet & greet with Mayar Sherif, and signed Roland Garros souvenirs.

Speaking about the initiative, Mina Abdel Shahid – Chief Market Management Officer, Allianz Companies in Egypt, said: “As we always believe in Mayar’s amazing potential to break further records, Allianz Egypt has been continuously supporting Mayar Sherif across her triumphal journey. We are extremely proud of our ambassador making history by both being the first Egyptian female tennis player to qualify for the main draw for Grand Slam and the first female Egyptian player to reach the second round of the French Open.” 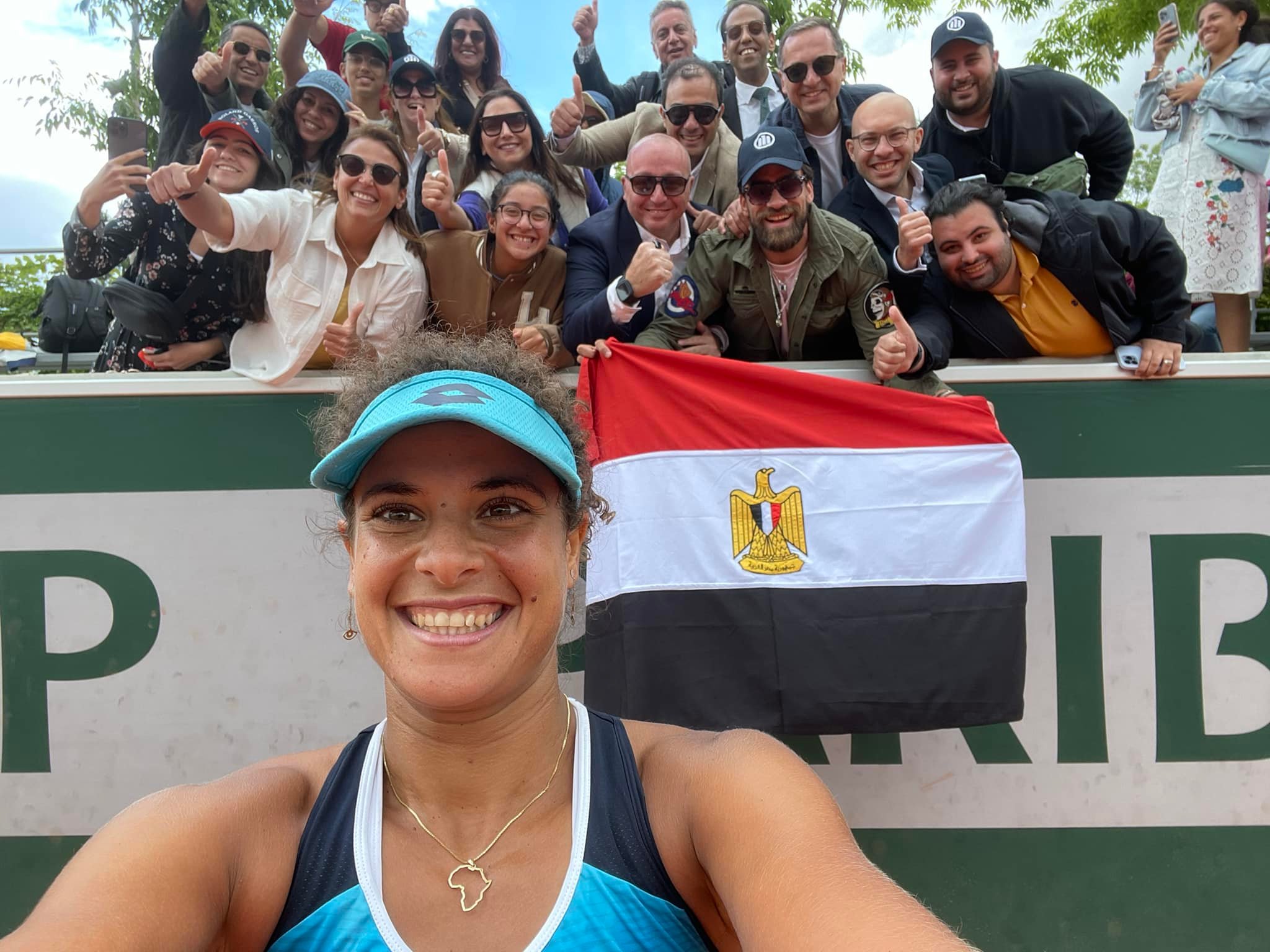 In the same context, Abdel Shahid added, “Because Allianz Egypt thrives to create incessant input to its ambassadors, we proudly launched the first round of Allianz Athlete Experience to provide all possible support and empowerment to our shining stars and champions. On behalf of Allianz Egypt, I would like to stress the fact that we will always be committed to supporting the Egyptian sports ecosystem. Our key goal is to keep sponsoring more Egyptian champions in different sports to prepare and equip them through their inspiring journeys. We believe that we are here to provide continuous support for our phenomenal team to excel with an unrivaled performance at the coming finest championships”

As an integral part of its strategy for social inclusion & in line with the state's efforts to support people of determination, Allianz pays great attention to both the Olympic and Paralympic games. Last year, Allianz Egypt has launched the “Behind You, for What’s Ahead” campaign to support its champions in their journey, as the initiative included sponsoring 5 Olympic champions and 5 Paralympic champions. The initiative resulted in the crowning of two brand ambassadors in the Olympic or Paralympic Games held in Tokyo 2021, with two medals, one bronze, achieved by Seif Issa, the Egyptian champion in taekwondo, and another silver, achieved by Paralympic champion Sherif Othman. Nevertheless, Allianz Egypt plans to continue supporting the Olympic and Paralympic Games in Paris 2024 by providing psychological and physical training programs specifically designed for them, in addition to launching the upcoming rounds of Allianz Athlete Experience initiative with other Olympic & Paralympic brand ambassadors.